Raveena Tandon and Anil Thadani married on 22 February 2004. On her 17th wedding anniversary, the actress shared a bunch of her love filled photos and wrote a sweet message. Raveena Tandon and Anil Thadani are celebrating their 17th wedding anniversary today. On the special occasion, the actress shared several adorable photos with her husband on Instagram, including some recent selfies, her holiday photos and photos of her wedding day. She wrote “yours forever” in the post’s caption.

Raveena Tandon marked 17 years of beautiful life with husband Anil Thadani with beautiful pictures. She also posted photos of her wedding and wrote, “Now and forever and many lives later, yours forever … # 17 year old #lovelaughterhappiness (sic).” 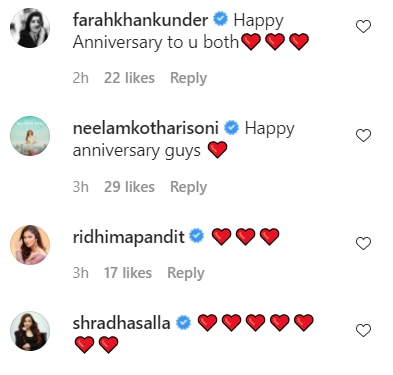 What time is work?

Raveena Tandon will be seen in KGF: Chapter 2. The film will hit theaters globally on 16 July this year. Directed by Prashanth Neel, KGF: Chapter 2 stars Yash, Sanjay Dutt, Srinidhi Shetty, Prakash Raj and Malavika Avinash in lead roles. While Yash is playing the role of Rocky, Sanjay Dutt will be seen as Adhera. Earlier, the film was scheduled to be released on October 23, 2020, but had to be postponed due to the novel coronavirus epidemic.

Mahira Khan’s pajama with friends was an epic poem. Daniyar Mobin reacted to the viral video

BJP, Trinamool workers clashed on the same route in Kolkata during the program
42 mins ago

BJP, Trinamool workers clashed on the same route in Kolkata during the program

Why 10 times in the name of Men’s PM? Kamal Nath burns in the speech of the Governor of Madhya Pradesh
59 mins ago