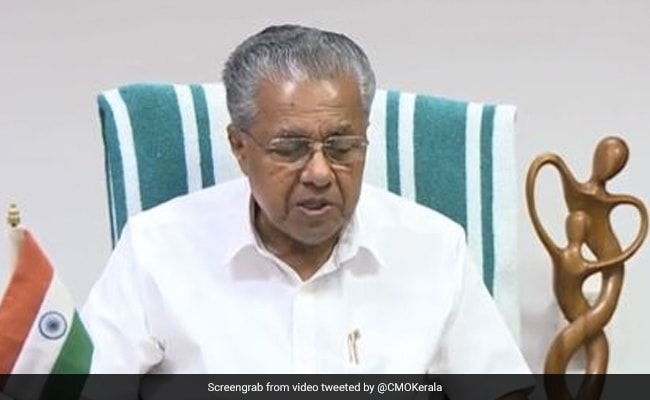 I request your immediate intervention in this matter, said Pinarayi Vijayan (File)

Kerala Chief Minister Pinarayi Vijayan on Tuesday requested immediate intervention of the Center on the new COVID-19 restrictions imposed by the Karnataka government on entry of people from the state.

In a letter sent to Prime Minister Narendra Modi, he said that many people, including students, essential commodities including trucks and patients going for medical were placed on the state’s borders due to “undue hardship”.

He also told the PM that banning the inter-state movement of people by the states is contrary to the instructions of the Government of India.

Vijayan said, “I request your immediate intervention in this matter so that the hardship of people going from Kerala to the neighboring state of Karnataka can be avoided.”

The Karnataka government cured people from Mangaluru and other parts of Dakshina Kannada for various purposes, including medical needs and studies, with the restoration of strict control of transit passengers from Kerala in view of increasing COVID-19 positive cases.

Long queues of vehicles can be seen in the border areas since Monday as Karnataka authorities sealed several roads, including national highways and restricted entry for only those with COVID-19 negative certificates.

According to Karnataka officials at the borders, those who wish to enter the state have to produce COVID-19 negative certificate through RT-PCR test 72 hours before their cross over time.

Health and police personnel are on duty at four borders. To verify and allow the entry of people into Talpadi in Mangalore taluk, Sardaka in Bantwal, Nettanagi-Mudanuru in Puttur taluk and Jalsaur in Sulia, Karnataka.