The late JRD Tata photographed with the crew of Air India here.

Tata Sons has acquired control of Air India after 68 years, the government has selected Salt-to-Software Group as the winning bidder for the state-run airline. Founded by JRD Tata in 1932 (as Tata Airlines), Air India was nationalized when India gained independence in 1947. Welcoming the airline back to the Tata Group, Ratan Tata, Honorary Chairman of Tata Sons, tweeted an old picture today. Late JRD Tata disembarking from Air India aircraft.

“On an emotional note, under the leadership of Mr. JRD Tata, Air India had, at one time, gained the reputation of being one of the most prestigious airlines in the world. Tata will have an opportunity to regain that image and reputation. Which he enjoyed. In earlier years. Would be very happy if Mr. JRD Tata was among us today,” Mr. Tata said in a statement that he tweeted along with the old picture. 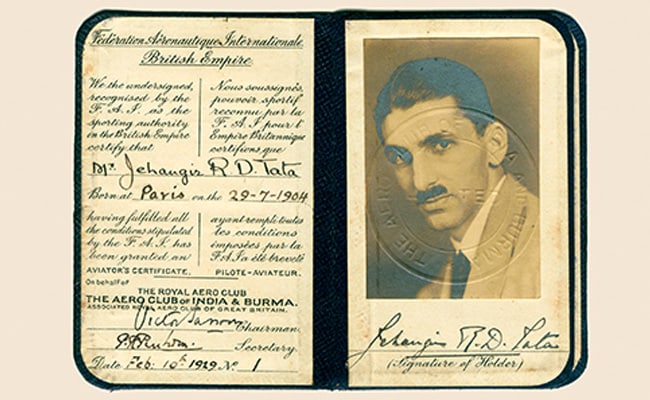 Air India, the airline that gives wings to a nation, was born out of JRD Tata’s love for aviation. JRD Tata not only pioneered aviation in India, but was also the recipient of the first license issued to an Indian.

JRD Tata was 24 when a flying club opened in his home town Bombay. Although he was not the first to register, he became the first Indian to pass out with a ‘number’. According to a blog post by the Tata Group, 1′ endorsed on his flying licence. 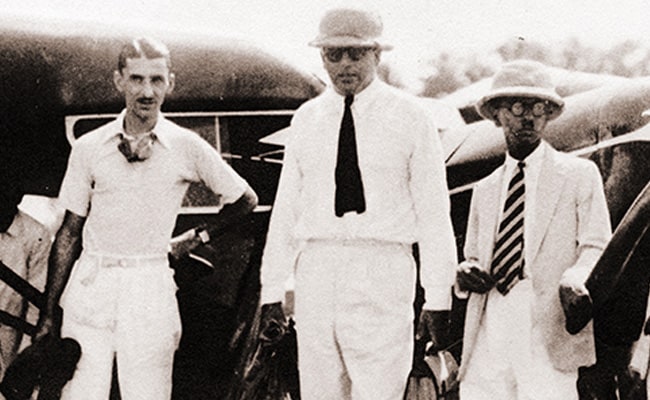 On October 15, 1932, JRD Tata famously piloted the first flight in the history of Indian aviation. The Tata Air Services flight took off from Drigh Road Aerodrome in Karachi and took off for Juhu airstrip in Mumbai. The aircraft was a single-engine de Havilland Puss Moth.

JRD Tata later recalled, “On an exciting October morning in 1932, a puss moth and I flew away happily on an inaugural flight from Karachi to Bombay with our first precious mail.” “We were a small team in those days. We shared the successes and failures, the joys and the headaches, as we together built the venture that later evolved into Air-India and Air-India International.” 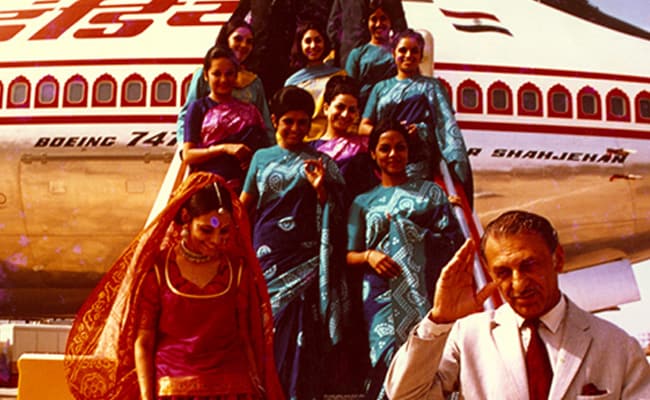 This now familiar darling first made an appearance in Air India in 1946, when Bobby Kooka as Commercial Director of Air India and Umesh Rao, an artist from J Walter Thompson Ltd., Mumbai, together produced Maharaja. airline.

JRD’s 46-year aviation career spanned an era from the tiny two-seat puss moth to the 400-seat Boeing 747. A perfectionist himself, Mr. Tata demanded that there should be no compromise on operation and maintenance standards or service. An airline executive recalled how the chairman had once called him in the middle of the night on a promotional billboard to suggest ways to improve the words. 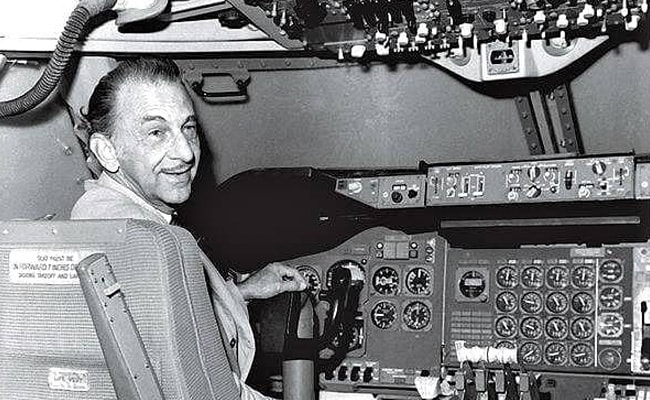 JRD’s 46-year aviation career has spanned everything from the tiny puss moth to the giant Boeing 747. extended the era
photo credit: Tata.com

JRD Tata once said to the airline’s employees, “I wish that the passengers traveling with us should not get an opportunity to complain. I would like to establish that there is no airline which is better liked by the passengers, Which is safer and more punctual, where the food and services are better, and that creates a better image than Air India.”

In fact, Pandit Jawaharlal Nehru once wrote to Mr Tata to praise the high quality of the airline. “I feel that Air India International has not played any significant role in enhancing India’s reputation abroad,” the former prime minister said in his letter.

Tata Sons won a bid of Rs 18,000 crore to regain control of the state-run airline nearly 70 years after nationalisation.

Mention what others are offering, we will meet or beat their offer: Telangana minister to French companies

No Donald Trump in Forbes’ 400 rich list for first time in 25 years: Report

Shiba Inu stunned after Elon Musk’s tweet; why over here
27 mins ago

Shiba Inu stunned after Elon Musk’s tweet; why over here

TMC issues ‘chargesheet’ in which Goa’s troubles have been told

Maharashtra BJP MP said, ‘The investigating agency will not come after me because…’
37 mins ago

Maharashtra BJP MP said, ‘The investigating agency will not come after me because…’

Online shopping scams surge ahead of Diwali: Here’s how to stay safe
46 mins ago

Online shopping scams surge ahead of Diwali: Here’s how to stay safe

Central Vista: SC asks Center to file affidavit on change in land use
50 mins ago

Central Vista: SC asks Center to file affidavit on change in land use

National Awards: “This Is History” – Aishwarya Shares Picture Of Rajinikanth And Dhanush With Their Awards
51 mins ago

National Awards: “This Is History” – Aishwarya Shares Picture Of Rajinikanth And Dhanush With Their Awards

15 killed in clashes between rival tribes in northwest Pakistan; security beefed up
52 mins ago

15 killed in clashes between rival tribes in northwest Pakistan; security beefed up