In an effort to strengthen policing and make it more child-friendly, the Sundargarh Police, led by District SP Sagarika Nath, launched “Let’s Read this Independence Day” with the goal of bridging the public-police divide.

The initiative is based on the belief that “knowledge is the way to true freedom.”

The design of ‘Anand Ghar’ was carefully considered to create a child-friendly environment.

Given the importance of a child’s room interior design in building its personality, additional attention was paid to its design, painting, displaying wall styles for children, and children’s artwork.

Speaking to India Today TV, Sundergarh Superintendent of Police (SP) Sagarika Nath said, “Knowledge is the true power. With this initiative, I want to inspire youth to read more, learn more and make more informed decisions about their future.

Sagarika Nath said, “I also expect the youth to see the police as allies rather than adversaries.”

The ‘Anand Ghar’ concept has been implemented as a pilot project in Reserve Police Lines in Sankara, Kutra, Badgaon, Birmitrapur and Sadar police stations of the district.

“Thereafter, every other police station will be converted into a child-friendly police station in close coordination with the district administration, depending on the accountability and efficiency of the system,” said Sagarika Nath.

The ‘Anand Ghar’ center will have reading and activity rooms, as well as computer systems, books, magazines and other reading materials. It will also have internet connectivity, so that children will be able to access e-learning. 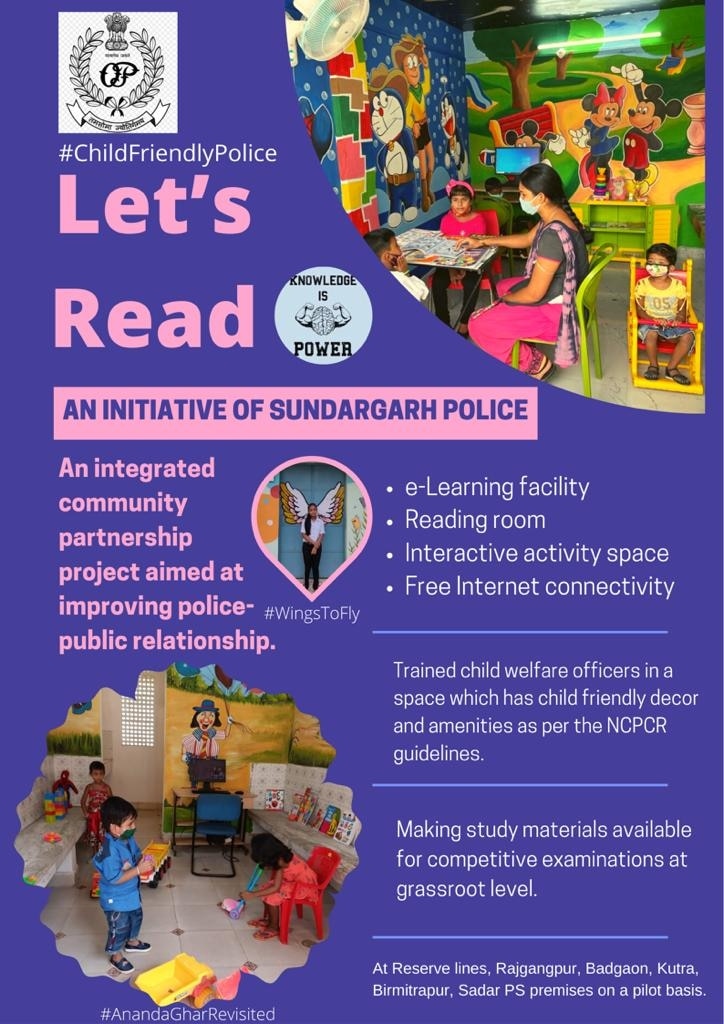 Each police station’s ‘Anand Ghar’ will be equipped with child-friendly infrastructure, furnishings and toys. It will also include kid-friendly entertaining material such as card and board games, coloring and sketchbooks, etc.

To encourage reading to children of all ages, each “enjoy home” will have a library with fiction, nonfiction, bestsellers and encyclopedias in both English and Odia.

“I was scared to hear the name of the police station, but now I am waiting to come here. We are having a great time here with our friends,” said Raj during his first visit to Anand Ghar.

Meanwhile, the center will facilitate trained personnel to assist children who are violating the law, children who are in distress, or whose parents are involved in criminal activities. It will be operated under the supervision of the Child Welfare Officer of the police station.

“Anand Ghar” will organize regular events, which include storytelling sessions, art competitions, debates and speech competitions, to engage the children and create a positive impression of the police in the minds of the people. Can you Children.

A suggestion/request box will also be available at each location where children can request that the welfare officer provide them with additional books or study material, or suggest improvements.

Afghan delegation arrives in Islamabad for conference with Pakistan leaders

Priyanka Gandhi to NB: I am arrested but the minister’s son is free