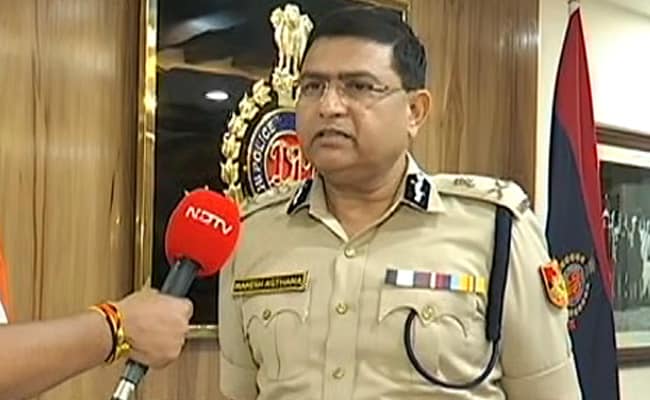 Delhi Police Commissioner Rakesh Asthana said security has been beefed up for Diwali.

Delhi Police Commissioner Rakesh Asthana today said the police have “not closed the roads” in the national capital and it is the protesting farmers who have set up tents along the border that are blocking the roads.

In an interview with NB today, the top cop said, “We have not closed the road to Delhi. When there was a law and order problem, barricading was done in Delhi, it was necessary. Tents have been put up since then.” are on the other side of the border due to which the roads are closed.”

A large number of farmers, mostly from Punjab, Haryana and Uttar Pradesh, have been camping at the borders of Delhi since November 26 last year to demand the repeal of the three new agricultural laws.

Mr Asthana said that Delhi Police is in touch with farmer leaders and police officers of Haryana and Uttar Pradesh are also in touch. “We are trying to solve this problem and resume traffic. I hope this barricading will also be removed soon, farmers will also move forward and traffic will resume,” he said.

His comment comes as Supreme Court is listening A petition against road blockade by farmers protesting on the Delhi border. Last week, the court said that farmers have the right to agitate, but they cannot block roads indefinitely.

Farmers’ unions allege that the police is responsible for the blockade.

this evening, a group of protesters led the farmers’ agitation site in Singhu to demand compensation for the killing of Lakhbir Singh, whose mutilated body was found in the area earlier this month, which was stopped by the police to prevent any unrest. Police reportedly lathi-charged at Narela near the Delhi-Haryana border to bring the situation under control. Now barricades have been put up and additional personnel have been deployed there.

On the security situation during the festive season, as the national capital gears up to celebrate Diwali, the police commissioner said the force is “fully prepared”.

“We are fully prepared,” he said. Keeping in mind the inputs and the situation, we have been preparing for several days. “There is crowd in the streets and markets, and other public places. Anti-terrorism majors are in place, and we are doing mock drills”.

Mr Asthana said that a campaign has been launched against anti-social elements in which many people have been arrested. “Senior officers have also been asked to patrol on foot and take various resident associations into confidence so that the public has confidence that the police are present and they can celebrate the festival happily.”

On merging the entire Police Control Room (PCR) unit into district teams, the police commissioner said, “Combining PCR and police station increases manpower, bigger vehicles, bigger number of beats. There has been an increase in their police station areas… patrolling has intensified.”

“The PCR response time, which was earlier five-seven minutes per call, has now come down to three minutes and seven seconds,” he said.

On the recent drug raids in Mumbai and other cities, the official said, “Drugs are very harmful for any society, especially for the youth… Delhi has many serious drug issues, hotspots and many drug peddlers. syndicates and networks. Keeping this in view, very clear instructions have been given to all senior officers to campaign against drug trafficking. Strict legal action should be taken against those involved.

“Modi ji is of 24 carat gold, not a single stain of corruption”: Rajnath Singh

In Uttarakhand vs Allahabad High Courts, the Supreme Court’s observation