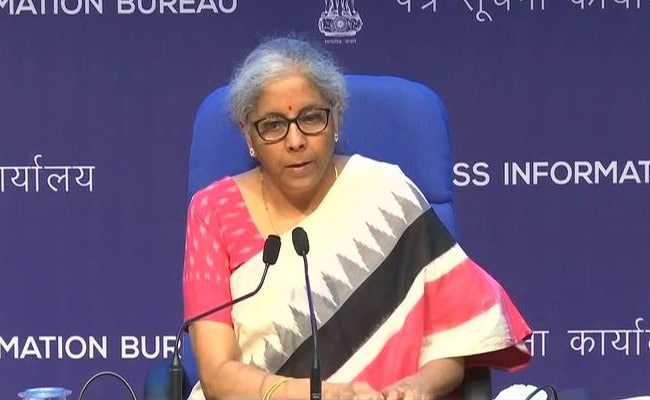 Finance Minister Nirmala Sitharaman on Thursday assured India Inc that the government is ready to do everything necessary to revive and support economic growth. There are indicators which suggest that the economy is booming and recovery is taking place after the states lift the COVID-19 restrictions, he said while addressing the CII Annual Meeting 2021.

He further said that the current fiscal has seen a 37 per cent growth in foreign direct investment so far, while the foreign exchange reserves have increased to $620 billion till July.

The Narendra Modi government has shown commitment to reforms even during the pandemic, he said, adding that last year the Center had announced agricultural laws and labor reforms. He also called upon the industry to come forward and invest in the economy.

Petrol, diesel prices increased again on Tuesday; Petrol in Mumbai is around Rs 109

Ice cream sold by parlors gets costlier under 18% GST slab

Heard Yogi Adityanath is upset with this picture: Priyanka Gandhi Vadra on viral selfie with Uttar Pradesh Police
20 mins ago

Diabetes, obesity more among migrants from rural areas
41 mins ago

US approves new booster, mix and match doses of COVID-19 vaccines
52 mins ago

For Bangladeshi women trafficked to India, returning home is not a real option
1 hour ago

For Bangladeshi women trafficked to India, returning home is not a real option