MumbaiEven though Veteran Star Line While not officially on social media, his fans and members of Bollywood have flooded all the platforms with birthday wishes. Taking to Instagram story, Kangana Ranaut extended warm wishes to Rekha by calling her ‘godmother’.

He wrote, “Happy birthday to my godmother dear Rekha ji… the epitome of grace, elegance and beauty.”

Along with the note, Kangana shared an old picture of herself sharing her smile with Rekha. In the picture, both of them can be seen wearing beautiful silk sarees. 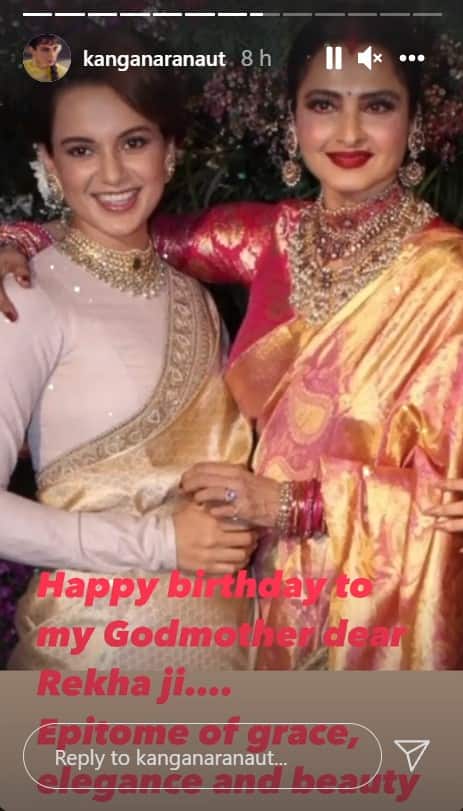 He wrote on Instagram, “Rekha ji, I wish that all the birthday wishes made by you come true in every way, stay happy always.” Happy Birthday.

Born as Bhanurekha Ganesan, Rekha started her career as a child actress in Telugu films such as ‘Inti Guttu’ (1958) and ‘Rangula Ratnam’ (1966).

With her enduring beauty and alluring presence, Rekha has acted in around 180 films and has received many accolades throughout her career.

He was recently seen as a guest in ‘Indian Idol’. He also lent his voice in a promo of ‘Bigg Boss 15’.

Raksha Bandhan 2021: Listen to these songs to get in the spirit of Rakhi

Hina Khan dedicates latest award to late father, says ‘You are the one who made it possible for me to come here’