New DelhiAfter Tollywood’s favorite star couple Samantha Prabhu and Naga Chaitanya announced their divorce on social media, actress Kangana Ranaut said whenever a divorce happens, it is always a man’s fault and Aamir Khan who is a ‘divorce expert’. ‘ and a ‘victim aunt’, insisted. The reason behind the separation is

Kangana Ranaut took to her Instagram stories to write a long note, giving her piece of mind on the latest development. “Whenever there is a divorce, the blame is always on the man … may sound conservative or too just but this is how God has made man and woman their nature and dynamic … Basically, scientifically From, he’s a hunter and he’s a nurturer. Stop being kind to these brats who like to dress women and then claim to be their best friend… 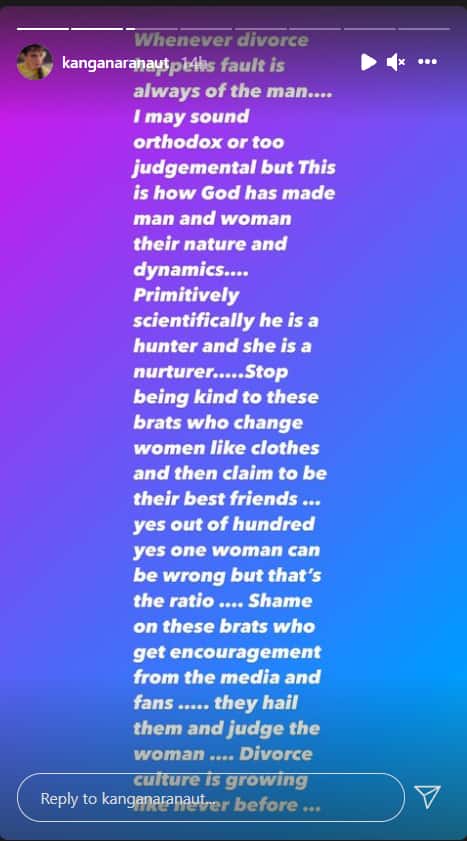 She further called such men brats and slammed the media for allegedly supporting them. Shame on these brats who get encouragement from media and fans. They cheer her up and judge the woman… The culture of divorce is growing like never before.” 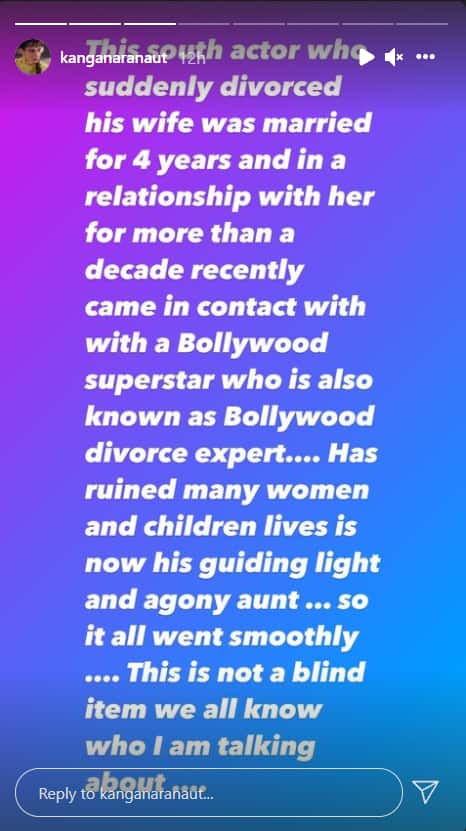 Kangana suggested that Naga Chaitanya, who worked with Aamir Khan in Laal Singh Chaddha, was impressed by her and ended his relationship with Samantha for over a decade. The 34-year-old claimed, “This South actor who suddenly divorced his wife, had been married for 4 years and was in a relationship with her for over a decade, recently got in touch with a Bollywood superstar , also known as Bollywood Divorce Specialist…”.

Recently, Aamir Khan announced his separation from his second wife of 15 years, Kiran Rao. The two are on friendly terms and have given joint interviews even after their marriage ended. Earlier, Aamir was married to Reena Dutta.

of Naga Chaitanya Father Nagarjuna Akkineni earlier reacted to the ‘unfortunate’ break-up and said that Samantha will be ‘always dear’ to her family. “Let me say this with a heavy heart! Whatever happened between Sam and Chai is very unfortunate. What happens between a wife and a husband is very personal. I love both Sam and Chai. My family is Sam Will always cherish the moments spent together and she will always be dear to us! God give strength to both of them,” the actor wrote on Twitter.

About 20 MLAs of Chhattisgarh stayed in Delhi, CM Baghel said the visit is 'not political'

Chhath Puja 2021: Importance of Usha Arghya on the fourth day