The last time the Afghanistan cricket team took part in an international assignment was back in March when the Asghar Afghan-led unit made a clean sweep to Zimbabwe to win the three-match T20I series. Since then, the country has seen many changes, both in cricket and in the situation. The Taliban returned to power, followed by a replacement at the top of the country’s cricket board, the lack of both international and domestic competitions, and a change of captaincy at the last minute.

Now with the T20 World Cup approaching and the team gathering in Qatar, Afghanistan head coach and former South Africa all-rounder Lance Klusener admits the unit is “less prepared”, but claims they are looking for no excuse. Will make and aim to accomplish his goal. Best on the pitch.

“The number of games we have played as a team, it has not been much. With respect to Ireland and Zimbabwe, I think these were not challenging competitions, so a little less preparation but we are not going to make excuses ,” said the former all-rounder zinenews.com In a special conversation.

Speaking about the situation in Afghanistan, Klusener says that both he and his teammates are fully aware of it and hope to get the smile back with some great cricket at the showpiece event starting October 17 .

Changes in the regime of Afghanistan, not COVID, forced Klusener to adopt a new module of training. The South African held online sessions from their home as players attended a low-key training camp, however, this came with limitations.

“The relations in Afghanistan are not very good, so a lot of it was personal. The boys, especially the youth, submitted their practice videos and questions because they don’t have access to top-level coaches,” Klusner said. Adding more details and exactly what the process was like, the former Proteas player said: “It was about depositing my stuff and being available for chats like ‘Is this the right practice’, ‘I hit the ball well’. Why can’t I.'”

The 50-year-old also felt that the sessions worked well, giving the youngsters the encouragement they were looking for.

Afghanistan’s trio Rashid Khan, Mohammad Nabi and Mujeeb Ur Rahman were part of the ongoing Indian Premier League in the UAE, however, Rashid was the only one of the three to get consistent playing time.

When Klusener was asked about other players being dropped from the playing XI, the former cricketer said that despite being picked, they all had access to good coaching, which is a big plus ahead of the T20 World Cup.

“The IPL plays only the best XI in a top T20 competition, so it tells me that if you are not in the best XI, there are things you need to work on,” Klusener said. That if cricketers don’t get consistent playing time, they have good training and great coaching, so that’s a big plus.”

Klusener also dismissed the fact that Afghanistan is heavily dependent on Rashid and warned of opposition to new talent, which cannot be underestimated. Among the new faces, the head coach’s best picks are wicketkeeper-batsman Rahmanullah Gurbaz, Naveen-ul-Haq and pace bowling all-rounder Karim Janat like him.

“One-and-a-half years ago we were very dependent on Rashid, Mujeeb, who was at the top of the game, Nabi, one of the best all-rounders. But now we have developed some youngsters, who are match winners. Ourselves.”

“Rehmanullah Gurbaz has emerged as an automatic pick in many T20 competitions across the world. Naveen-ul-Haq has played in the CPL and also in England. The fast bowling all-rounder was the man of the series against Karim. Zimbabwe. So, it shows. That there are many other options for us.”

The former South Africa all-rounder, who played 49 Tests and 171 ODIs, expressed disappointment over Australia’s stand on not hosting them and that such series are crucial in nurturing countries that are still young in international cricket.

“It’s disappointing that this can’t happen for us. We want to play against the best teams in the world so that we not only get to see where we are, but it’s my boys to sit side by side with some of the best players.” It also gives the opportunity to walk. In the world, maybe sharing a little bit of dressing room time after a game. It’s an important part of a nation that’s so young in international cricket,” he said. 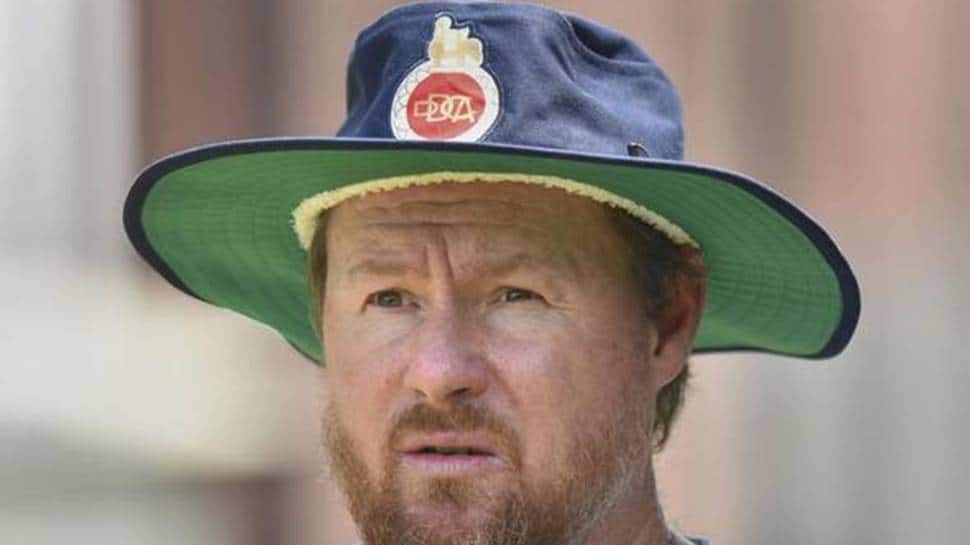 Klusener, who maintains a positive relationship with the Taliban in terms of cricket, is yet to decide on his future with Afghanistan Cricket as his contract expires in December.

However, the 50-year-old says that despite the change in governance, his commitment to the country remains the same.

“My contract expires at the end of December, we have to decide. I have been able to build a good relationship with the players and I have a commitment to Afghanistan cricket and it depends on what they are thinking. “

He concluded, “The fact that there has been a political shift in Afghanistan will not affect the way I think about coaching the team or anything like that.”

Coal crisis: Center's policy of turning a blind eye to every problem can prove fatal: Sisodia

India vs England: Want more runs at the top and take our catches, says Joe Root after 1st Test ends in a draw

T20 World Cup 2021: The schedule of the tournament will be announced on August 17, confirms ICC

India vs England 4th Test Day 1: IND bounced back after being bowled out for 191; England 53/3 at stumps