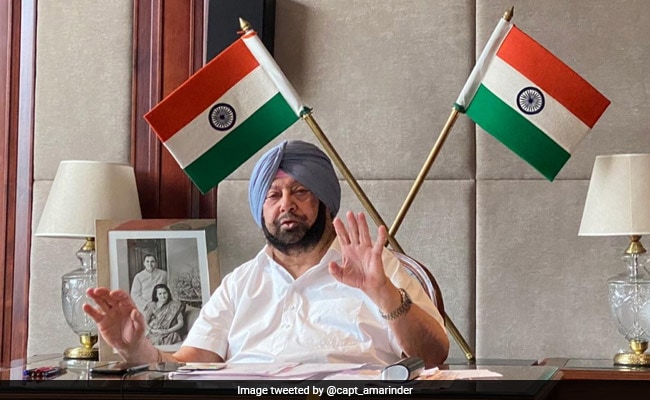 The Punjab government today ordered a ban on indoor and outdoor celebrations from March 1 and authorized Deputy Commissioners (DCs) to impose night-curfews at COVID-19 hotspots in their districts if needed.

The move comes amid growing concern over the increase in the number of coronovirus cases in the state.

According to a government statement, presiding over a virtual meeting to review the coronovirus situation, Punjab Chief Minister Amarinder Singh ordered a ban on people gathering from March 1, with 100 people indoors and 200 people People were allowed to gather.

He also directed that the criteria for wearing face masks and social removal be strictly enforced, with tests ramped up to 30,000 a day.

Health officials said that currently 200 people were allowed to gather indoors and 500 people outside, while 20,000 to 22,000 tests are conducted every day.

Chief Secretary Vinny Mahajan again refused to close the government schools and said that the department is taking all steps to ensure the safety of students.

Amarinder Singh authorized deputy commissioners to impose nighttime curfews in hotspots in their districts, if necessary, to adopt a micro-content strategy.

He also directed the police force to ensure strict enforcement of wearing masks.

All restaurants and marriage palaces will be monitored for compliance with COVID-19 norms and the Excise and Taxation Department will be the nodal agency for the same.

The Chief Minister said that a decision will be taken to reduce the occupation in cinema halls from 1 March.

Private offices and restaurants will be encouraged to display the final tests performed for all employees.

Punjab is one of the five states that has been asked by the Center to investigate the increasing number of cases for strict monitoring, control and RT-PCR testing. The other four states are Maharashtra, Kerala, Chhattisgarh and Madhya Pradesh.

Issuing instructions for enhanced testing, Amarinder Singh ordered a mandatory test of 15 contacts per positive, with monitoring by the CPTO (COVID Patient Tracking Officer) and review by the Department of Health.

The Chief Minister also reviewed the vaccination status, underlining the need to launch a campaign to promote 100 percent coverage of healthcare and border workers.

He directed the Health Department to plan for the rollout of the vaccine for the elderly population and include people with comradeship on them.

Expressing concern over the mortality rate of 3.23 percent of the case, Amarinder Singh noted the findings of mortality audit that many deaths are occurring within 2 -14 days of hospitalization.

He underscored the need for continued supervision of protocols for the management of patients with comorbidities, particularly in private facilities.

Citing cases of some deaths at home, he directed the Health Department to ensure proper monitoring of house separation cases, especially those of comradeship.

Kits with self-monitoring instructions should reach all individuals positively in the isolation of the house on the same day that they are tested positive, he instructed.

Earlier, in a brief presentation, Health Secretary Hussan Lal informed the meeting that the districts of Amritsar, Hoshiarpur, Jalandhar, Ludhiana, Patiala, SAS Nagar and SBS Nagar have shown an increase in positivity in recent times, a possible fresh wave. But triggered concerns. In the state.

On the vaccination front, he said that so far 61 cases of minor adverse events had occurred after vaccination, while six serious and 14 serious cases were reported. All were recovered, he said.

KK Talwar, who is heading the state government’s expert group on COVID, said a detailed analysis is being done on the recent spike in positivity rates, suggesting an increase in cases among youth.

At the current rate, positivity rates can go up to 4 percent in two weeks, translating to 800 cases per day, he said, emphasizing the need for immediate preventive steps.

Education Secretary Krishna Kumar said that the teachers have been nominated as Nodal Officers in the schools, to instruct the students for proper use of masks etc. and to ensure proper practice of COVID.

These steps have come to light in the recently reopened schools, particularly in Ludhiana, with a positivity of 3.1 per cent and a significant number of Bathinda (2.9 per cent) cases.

Mr. Talwar said that no new mutated version of coronovirus has been detected in Punjab yet, but new specimens have been sent for testing and results are expected to come out next week.

“The beginning of a new politics”: Arvind Kejriwal on Gujarat civic poll performance

Much needs to be done to improve the socio-economic condition of women in India: President Kovind
2 hours ago

3 fishermen killed after drinking liquor like liquid in Tamil Nadu: official
2 hours ago

Tamil Nadu makes e-pass mandatory for all travelers, 3 states are missed
3 hours ago

NR Congress likely to tie up with BJP for Puducherry elections, sources say
3 hours ago