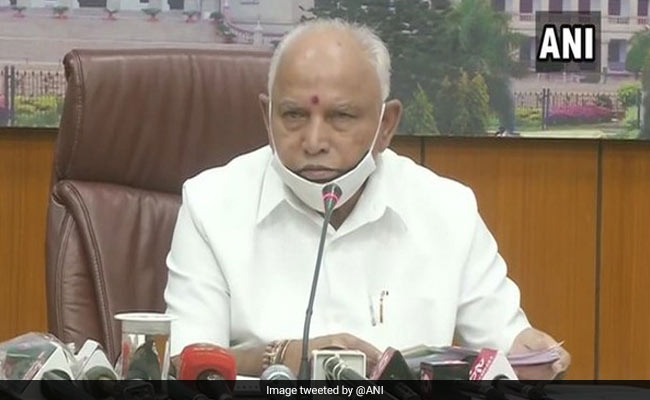 BS Yeddyurappa said that he assured of action against those involved in illegal activities, who exploded

Karnataka Chief Minister BS Yeddyurappa today said that “mercilessness” will be taken against those involved in illegal acts which led to an explosion in a mine in Chikkaballapura and six people were killed.

“What would you have done if I were you?” He said that when asked why the government was not cautious after a similar explosion at the mine in Shivamogga last month, an equal number of people died.

“What can you or I do? What could you do if you were at my place? Tell me? Did we ask them to work early in the morning?” Mr. Yeddyurappa retreated.

Reacting to the Chief Minister’s statement, State Congress President DK Shivakumar said, “If you (CM) cannot do anything, then leave it, come before the people.”

In the early hours of this morning, six people were killed in a blast in a stone quarry in a village in Chikkaballapura district of Karnataka in an attempt to accidentally explode gelatin sticks.

In response to a question on the statement of Leader of the Opposition, Siddaramaiah, the government accused him of not taking strong steps, saying, “Siddaramaiah is only for making allegations, don’t worry about him. Whoever is involved in illegal activities, We will take unkind action. “

“Suggest him too, we will take action.”

Yeddyurappa said that Home Minister Basavaraj Bommai and officials have visited the site and reviewed the situation. This is the second such incident illegally.

On a question accusing Congress leaders of illegal mining and quarrying on BJP leaders, both Shivamogga and Chilballapura exploded, the chief minister said, “There is no question of any party or group.”

“It is not important who is making the allegations, we should be sympathetic to those who have been killed and such incidents should not recur. Whoever is behind it, action will be taken as per law.”

Much needs to be done to improve the socio-economic condition of women in India: President Kovind
52 mins ago