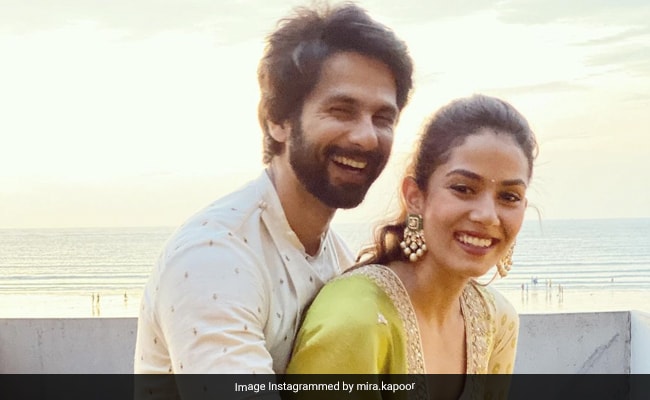 Meera Rajput, in a Q&A session with her fans, talked about what she found “annoying” about her husband Shahid Kapoor. When asked by a fan, Meera revealed Shahid’s “most annoying habit” and said that she is someone who makes typos. Meera said in her Instagram story, “She makes a trillion typo. I really have to figure out what she’s saying. But so far I’ve understood what she means when she says something else. It happens.” When asked what she says about Shahid Kapoor, Meera said: “And I love her, I love everything about her.” O, how cute?

Asked who of the two argued, Meera said: “I … who else?” Hilarious laugh. Talking about her favorite family member, Meera Rajput said: “It is very easy for me. I love my sisters, my mother, my children, my husband, but my favorite family member is my father. Are. I love you. ” In her interactive session with fans, Meera also spoke on topics such as losing pregnancy weight, being vegetarian, her to-do list, her reading habits, celebrity crush and more.

Shahid Kapoor and Mira Rajput married in 2015 in a private farmhouse in New Delhi and the couple are the parents of two children – they welcomed daughter Misha in 2016, while their son Zain was born in 2018.

Meera is very active on Instagram, often trending for her skincare routine videos, which are always a hit, and also for her DIY children’s birthday party ideas. Shahid Kapoor will be seen next time in terms of work Jersey, Which is all set to hit the screens on Diwali this year – 5 November. Jersey There will be a theatrical release.

For Sara Ali Khan, Valentine’s Day is “Self Love” Day. So what is that here